Stay up to date with all of the latest news with SZapp!

Read More
Principal's Message
Welcome to Week 5 everyone
As we come into this busy time of the year where people are placed under stress and worry to hit deadlines, source Christmas presents and still smile, I try and remember what Hans Urs von Balthasar said “ What you are is God's gift to you, what you become is your gift to God.”  It is indeed how we look at what is happening and how we respond that defines us.

SJV Fete
I wanted to take the opportunity in this newsletter to thank all the people who were connected with the Fete.  This of course means much of our community, but a special mention goes out to Jade McGrath, Sonia Taflaga, Tony McGrath, Kellie Sydlarczuk, Sonia Dutkiewicz, Lucy Ohlmus and Yash McCann.  All of these people were integral to the success of the fete.  On behalf of the school and the SCC towards the end of term, we will be thanking Jade more publicly with a gift of thanks from the whole community.

Based on the latest figures I have received the Fete has raised close to $17 000.  This is a wonderful figure given that other Catholic schools that are four times our size often raise between thirty and thirty five thousand dollars.  Clearly, we are very much punching above our weight.

I would also like to thank our key sponsors – Luton Properties, Brother Projects, Brindabella Waste, Residential Reports, Ziggy’s Fresh and Watson Blinds and Awnings – These organisations were a key to our success and if you are looking to access services in any of their areas, I would definitely give them a call.

SCC – New members
I would like to welcome two new nominations for the SCC for 2020.  They are Helen Daly and Leia Mackenzie, two new kinder mums.  One of our current Kinder mums Yash McCann has also nominated herself for next year.  These nominees will be voted on at our next meeting and our full School Community Council will be introduced in the Week 9 Newsletter.

School Banking
I would like to thank another new Kinder mum Janice Spackman for volunteering to take on school banking for next year.  This works much better with a partner so if think you can lend a hand for 20min once per week, please let the front office know.

ELC Visit Year 5 Buddies
It has been wonderful to hear the stories that our current Year 5 children have been re-telling regarding their recent visit to the ELC to mix with their future Kinder Buddies for 2020.  I have placed an email from one of our ELC mums below –

My child was was very very excited to tell me that the Year 5's visited her ELC class today. I have passed praise to her ELC teacher and wanted to thank you for the wonderful initiative.
She saw today’s Year 5 buddy, this afternoon, whilst waiting for her sibling and she was one happy little vegemite!
On a side note, her ELC teacher commented on what a lovely group of (SJV) kids they were! Thanks! 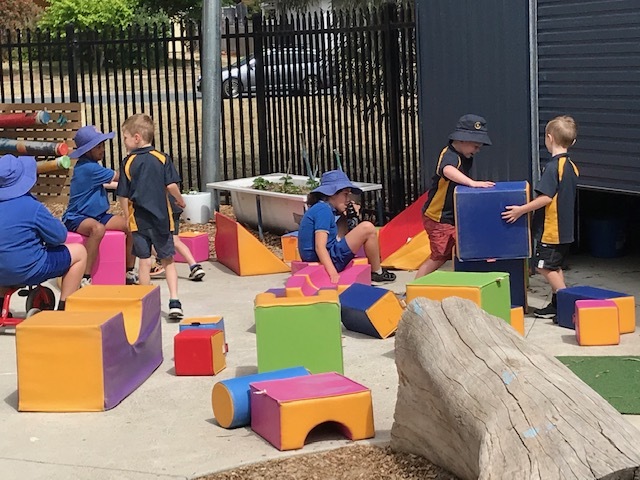 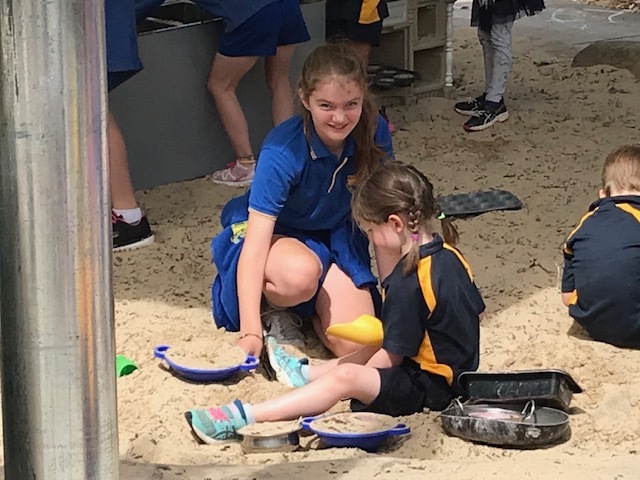 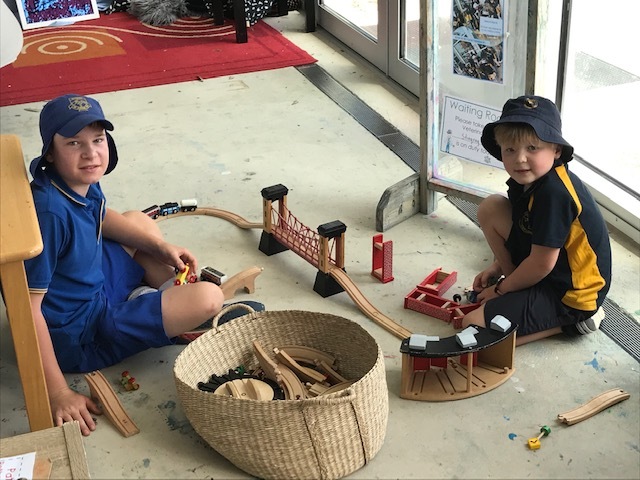 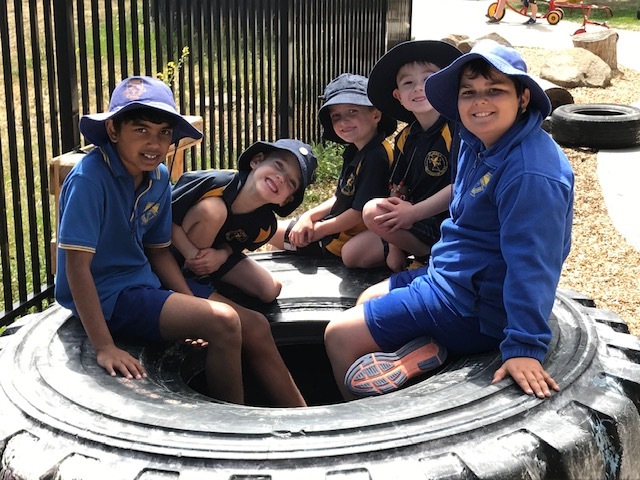 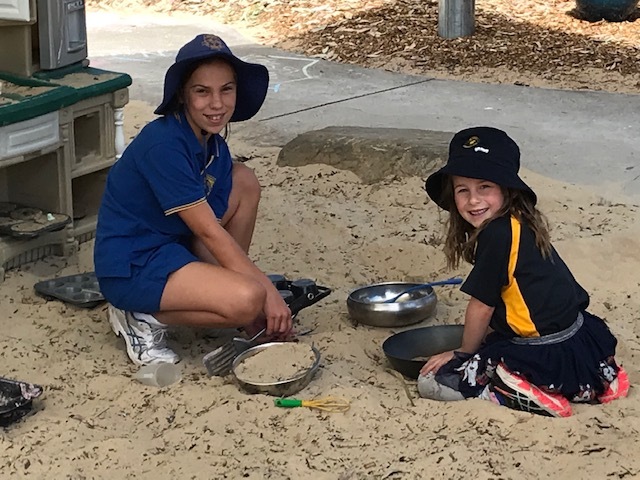 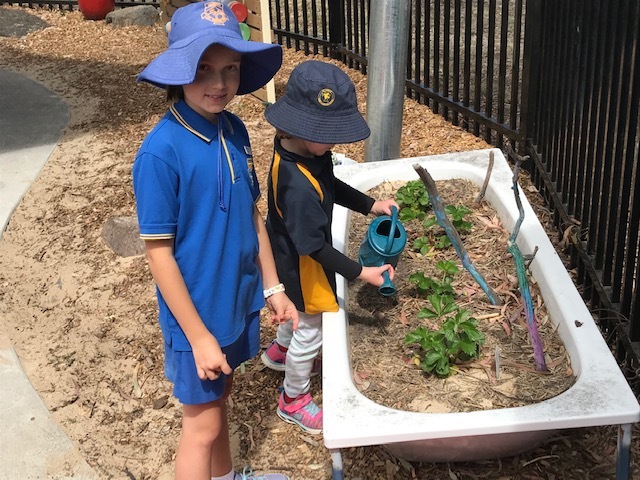 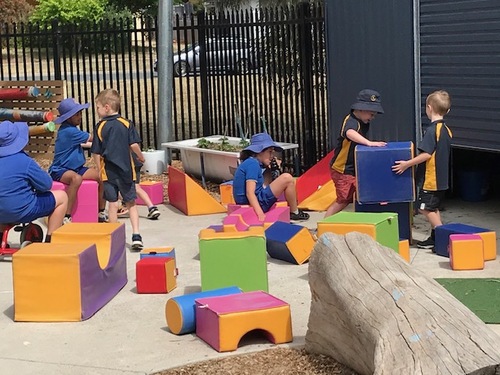 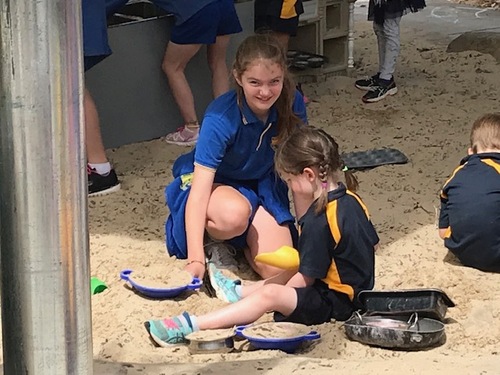 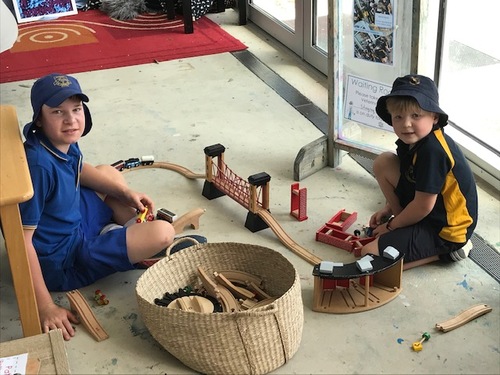 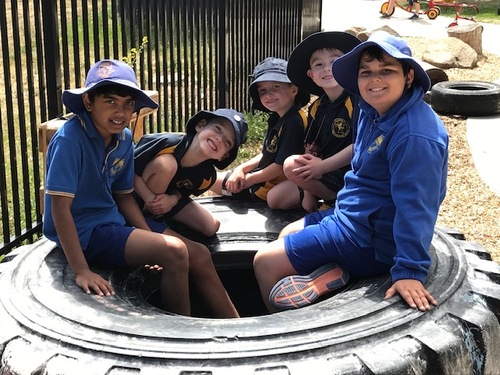 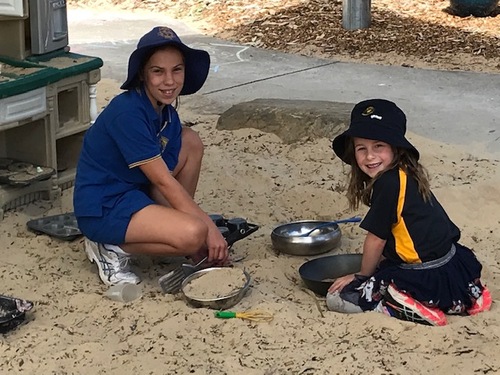 Class Placements 2020
A reminder that students will be asked to complete a friendship five and are promised one of the five in their class year.  If you have anything that you feel needs to be considered, for your own child’s well-being or development, please make an appointment in Week 5 or 6 through the front office to discuss with me your specific needs in person.  No requests after Friday Wk. 6 can be considered due to the flow on affect that this will have to other classes.

Working Bee 1st December – CLAIM THE DATE
On the first Sunday of December, we will be holding our final Working Bee.  As such, we have some significant projects which will have our school looking and feeling ship shape for 2020. There of course will be a movie, games, craft and supervision for the children and a BBQ for all.  So come along donate a 2-3 hrs of your time to help make SJV even greater.  I have listed the major jobs that we will be tackling on the day.

Have a great week.

Learning Corner - A Message from the Assistant Principal

We had 32 children from Year 2 -6 participate in the UNSW Mathematics and English Competition in Term Three.

Congratulations to the following children on their Mathematics achievements:

Congratulations to the following children on their English achievements:

Mrs D's, thought of the week:
"Miracles start to happen when you give as much energy to your dreams as you do your fears."  - Unknown 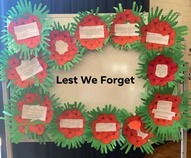 On 11 November 1918, the guns of the Western Front fell silent after four years of continuous warfare. With their armies retreating and close to collapse, German leaders signed an Armistice, bringing to an end the First World War. From the summer of 1918, the five divisions of the Australian Corps had been at the forefront of the allied advance to victory. Beginning with their stunning success at the battle of Hamel in July, they helped to turn the tide of the war at Amiens in August, followed by the capture of Mont St Quentin and Pèronne, and the breaching of German defences at the Hindenburg Line in September. By early October the exhausted Australians were withdrawn from battle. They had achieved a fighting reputation out of proportion to their numbers, but victory had come at a heavy cost. They suffered almost 48,000 casualties during 1918, including more than 12,000 dead.

In the four years of the war more than 330,000 Australians had served overseas, and more than 60,000 of them had died. The social effects of these losses cast a long shadow over the post-war decades.

Each year on this day Australians observe one minute’s silence at 11am, in memory of those who died or suffered in all wars and armed conflicts.

Thank you to Year 3/4CA students who led the school community in a reverent Remembrance Day Prayer Celebration on Monday.

What an empowering and inspiring day last Friday! SJV was one of 8 schools who gathered from across Canberra at St Vincent's for the inaugural Illuminate student gathering. There were over 300 students who participted in keynote sessions, formation stations and a very moving response, where each child was prayed over by a member of the CYSMA team before recieving a personal crucifix necklace. Some of the students reflections below share just how powerful the day was. A special thank you to Theresa, our own Youth Minister, who was one of the MC's on the day and who continues to inspire our children to develop their relationship with God.

Each Year 5 and 6 child has now received a personal invitation to continue the development of their rleationship with God by becoming part of the Parish Youth Ministry Program in 2020 and beyond.

"On the Illuminate Day we learnt how much God loves us."

"I also came alot closer with God and I think that I can spend the rest of my life with God close to my heart."

"During the day we learnt how to be still, appreciate what we have and how to pray in different ways"

"I was honoured to be part of the day"

Have a great week!

A big congratulations to the following students:

Please note - Merit Awards will be handed out at NEXT Friday's morning assembly.

Read More
This weeks focus for our SJV students is
Always try your best and focus on your work
For further information on our SWPB program visit our
Positive Behaviour webpage. 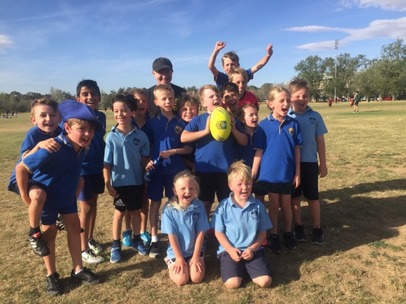 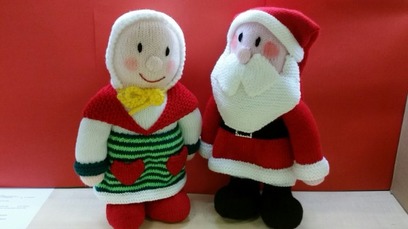 We have two beautiful hand knitted Christmas decorations.
The Merry couple stand about 40cm high and would be a great decoration for the festive season or as a lovely gift for a family member.
Tickets are available at the front office for 50c each or 3 for a $1.
The raffle will be drawn in week 10 and all proceeds go towards Ayui Foundation
little_mermaid_add.pdf
little_mermaid_add _pdf 1.59 MB

We acknowledge Mrs Trina Jelfs-Smith for running a fun, educational and welcoming playgroup at SJV

Dates for the following weeks

It is an exciting time of year as the ELC children begin their formal transition to primary school.  Many of the children attended the Kinder Orientation Day at St Jude’s yesterday morning. They enjoyed getting to know their kinder teachers, Mrs Henry, Mrs Thiele and Mrs Feerick and meeting some new friends. A few weeks ago, children heading to St John Vianney’s also enjoyed their Orientation morning with Mrs Thomas. It’s been wonderful to watch their independence and confidence grow this year and we trust they will have a smooth transition to primary school.  It was wonderful to welcome next year’s ELC children at our ELC Orientation Day yesterday also.

For our children heading off to SJV next year, we have been able to organise buddie visits. We showed the Year 5 SJV students our centre on Monday and are very excited for them to visit us for a play again tomorrow morning.

ELC Tea towels – ELC tea towels (misprinted with the primary school logo rather than the ELC logo) are available from the ELC for $5 each. These will make a great gift for Christmas!

Last Day of Term - The last day of Term 4 is Thursday 19 December.   The ELC will be running one day of holiday care for current ELC children on Friday 20 December.  Booking forms will be available at the ELC soon.

ELC Fees – As we are approaching the end of the year, prompt payment of fees would be appreciated.  It is important that you check your account balance to ensure you are paying the correct amount. 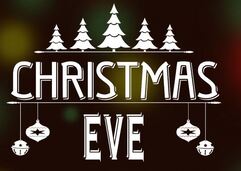 Christmas Eve Children & Family Mass
For many years the Christmas Eve vigil Mass at St John Vianney’s has been a family-centred celebration of the birth of Jesus. A highlight is the re-enactment of the Nativity story, presented by the school children. Extended families and visitors have come to the Mass for its significance but also because the children are involved in this wonderful part of the life of the Church.

Father Michael invites parents and grandparents who would like to be part of this tradition to help to organise and rehearse the children for this year’s Mass. There’s a guide for how the re-enactment has been organised in past years, and room for any new ideas you may have after discussion with the parish office and Father Michael.

Without your support for your children this Mass just won’t happen. If you’d like to become involved, please contact the school or the parish office 8331 7611

The Parish Christmas Party, Friday 6 December 2019 commencing at 6pm in the grounds of St John Vianney School, Waramanga. ALL PARISHIONERS are invited to come along to what has proved to be a wonderful evening in past years. It is meant for the whole parish. This Christmas Party is also a  special occasion for Fr Michael to thank, both in person and publicly, all parishioners for their generous involvement, support and work in the many areas of parish family life. If you would like to attend and haven't RSVP'd bring along a salad or dessert to share.  There is always plenty to share. As our parish footprint has expanded and as a sign of welcome and unity we would really like for all to come. Come along for an evening with friends and fellow parishioners.

WARAMUNCHIES Canteen is open Wednesday & Friday.  Orders can be made online via Qkr!  A copy of the Menu and Qkr! instructions can be found on the Canteen Waramuchies Webpage.

Please remember to bring your WWVP card with you.

The canteen is in desperate need of some volunteers, in particular on Wednesday's for this term.  We also need volunteers for Term 4.

If you can only spare a couple of hours, that would be fantastic.  If you have little ones, they are very welcome to come along.

Please contact the front office or fill in the canteen volunteer form to let us know you are able to help and when.